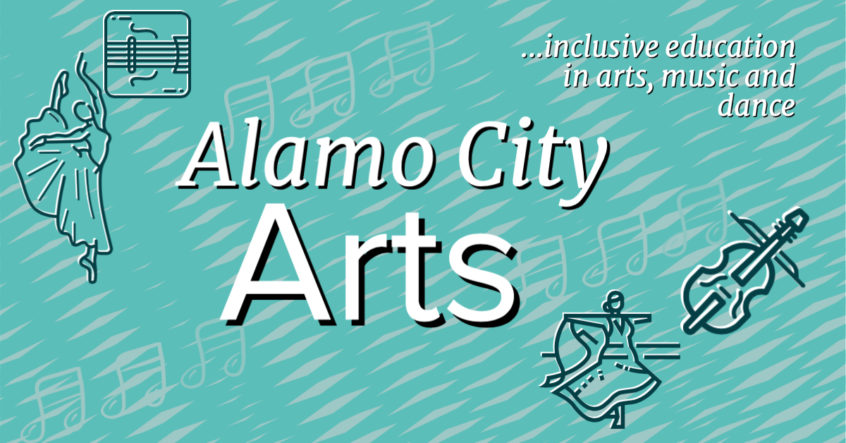 After decades in business, Cory McRae never thought he’d be leading an arts organization. But his business experience has helped the Alamo City Performing Arts Association (known as Alamo City Arts) grow into a multi-faceted performing arts powerhouse. What started as a volunteer position became an obsession, McRae said. Today his work with the arts association is full-time.

“I saw there was a lot of potential with this organization,” he said. “I wanted to see what its true potential would allow it to become.”

Since becoming president six years ago, McRae led the organization expansion to include a children’s dance academy, a symphony orchestra and a concert brass band. The nonprofit recently acquired the historic 98-year-old Scottish Rite Auditorium in downtown San Antonio and is embarking on a capital campaign to restore and update it.

It’s all in keeping with the Alamo City Arts mission of filling the greater San Antonio community with access to the performing arts.

Instead of recitals, the academy gives students performance opportunities, such as dancing in a production of the Nutcracker or in the Ford Holiday River Parade. Students also perform to live orchestra music, replicating a professional dance experience.

McRae is especially proud of the inclusive nature of the organization’s dance programming. Since 2018, Alamo City Arts has partnered with Eva’s Heroes each year for a production of the Nutcracker that includes individuals with special needs. The group even offers a sensory performance of shows, with lowered sound and brighter lights.

A few years ago, McRae looked for an orchestra to perform the music for the dance company’s Nutcracker production. He found Symphony Viva, an orchestra comprised of professional, semi-professional and college musicians. In 2018, Symphony Viva officially became part of the Alamo City Arts, maintaining a full concert schedule while also providing live music for dance company productions.

The organization soon expanded its scope again when the Heart of Texas Concert Band, an all-volunteer community band, asked if the dance company would provide flamenco dancers for a Spanish-themed concert at the Scottish Rite Performing Arts Center.

That became a pivotal moment: not only did the 90-member brass band eventually become part of Alamo City Arts, but it also introduced McRae to the Scottish Rite center, a historic auditorium founded in 1924, pre-dating the city’s Majestic Theatre.

The organization acquired the theater, taking over management and embarking on a fundraising campaign to restore and update the facility. McRae is now pursuing grants and other funding for the capital restoration project. He estimates it will take $30 – $50 million to restore the auditorium, an endeavor he said is “more than worth it.”

“It’s a hidden gem in San Antonio that a lot of people don’t realize is there,” McRae said. “Once you open that door it transports you back to the 1920s, when the architecture was an art in itself.”

McRae hopes to begin the restoration project in 3-5 years. In the meantime, the venue will continue to host performances.

Part of creating access to the arts is ensuring a wide range of audiences enjoy the performances. Alamo City Arts donates more than $100,000 in tickets each year to other nonprofits and underserved communities, including other nonprofit organizations.

McRae’s first involvement with the organization came when his daughters danced there. He took on his leadership role when his then-wife came home and told him, “Congratulations, you’re now board president of Alamo City Arts.”

McRae, who is currently in the SVP Fellowship Program, found SVP through his friend and SVP Partner Daniel Rebmann. In addition to education and access to SVP’s Catchafire platform, one of the biggest benefits to McRae is connecting with other nonprofits in the fellowship.

“The biggest thing they’ve given me is a larger group to network with,” he said. “We’re stronger when we work together.”