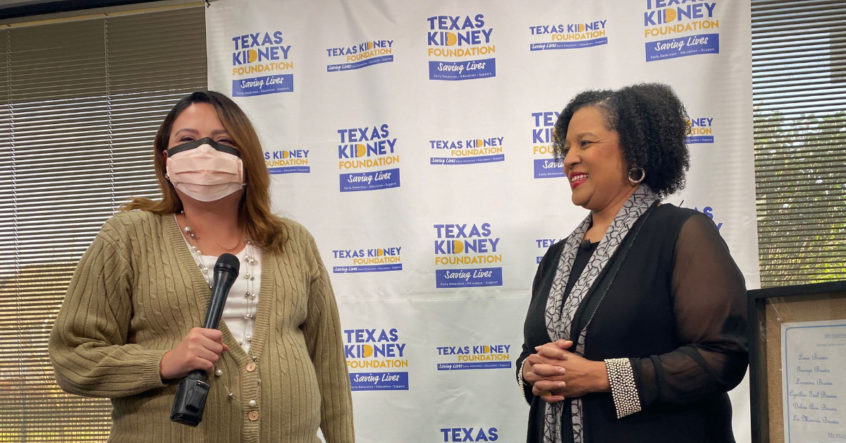 After each gathering of the SVPSA Fellowship, Texas Kidney Foundation CEO Tiffany Jones-Smith comes home with a checklist of action items. Paging through her notebook to the most recent entry, she reflects, “If I implemented five of the nine that are here, that’s transformative.”

Jones-Smith isn’t speaking theoretically; she has seen the powerful impact of the Fellowship on her own organization. Jones-Smith recalls that when she first began her tenure leading the Texas Kidney Foundation, she was drawn to the organization’s mission to educate, serve, and support people with kidney disease—a condition that afflicted numerous people in her own family. But Jones-Smith says that she came in “green” about how to run an organization.

Jones-Smith quickly found that her vision of serving all counties in Texas with early detection services, educational programs, and support services would be hard to realize given the Texas Kidney Foundation’s limited resources. But she wasn’t sure what changes to make. Then one of the partners at SVPSA asked Jones-Smith a set of questions that would change her organization’s trajectory over the coming years: “What’s your capacity? And how much more effective could you be if you scaled down a little bit?”

Jones-Smith remembers that she was initially dispirited. “It just kind of took the wind out of my sails,” she says. “But I kept thinking about it.” She ended up taking the advice to go small. Over time, Jones-Smith focused her efforts on a single county, building the Texas Kidney Foundation’s reputation and resources there, before deploying across the state.

Through her participation in the SVPSA Fellowship Jones-Smith found other practical approaches for going small that could help the Texas Kidney Foundation go big.

One area is in hiring and the structure of the organization. Jones-Smith says that through the Fellowship, she’s learned “to think in a more strategic way about everybody that we hire.” That meant hiring a few star performers rather than a larger group of people who may not be as accomplished.

The going-small strategy has also meant refocusing the organization’s “very nebulous” mission statement and tailoring all activities of the Texas Kidney Foundation to serving a more succinct and actionable mission. Jones-Smith reports that the Foundation’s Form 990 tax filing now tells “a comeback story” as a result of this new focus and clear alignment of resources in service of the mission.

And the singular and efficient focus on mission comes out in other ways as well. For example, the Foundation has turned an underutilized lobby into a space for mental health counseling and other support services, fulfilling a key part of the mission and creating a welcoming and inviting space for the community.

Another area for going small has been in the deployment of resources. Jones-Smith now leads with the question, “What do we need?” This approach has been revolutionary for the Texas Kidney Foundation. Jones-Smith says, “It’s made me completely turn over programs and do a 180 on a couple of our models.”